UK to issue ‘vaccine passports’ to people in the PLACEBO group 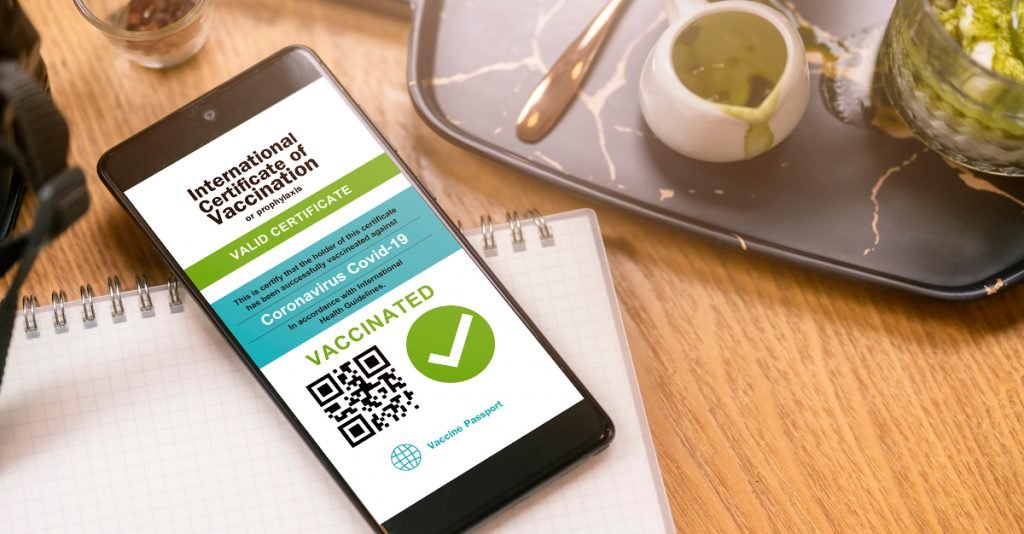 UK to issue vaccine passports to people in the PLACEBO group

Britain’s “vaccine minister” (yes I’m serious) said that they would consider EVERYONE who participated in COVID-19 vaccine trials as being fully vaccinated.

And in his own words, that specifically includes people who received the PLACEBO.

Yes, that’s right. Even if you literally did not receive a COVID-19 vaccine, they will still treat you as if you had received the vaccine, and issue you a ‘vaccine passport’, simply because you participated in the clinical trial.

This really proves the idiocy of these passports. It’s not about whether or not you have natural antibodies from a prior infection.

And now it doesn’t even matter whether or not you received the actual vaccine.

The only thing that matters is whether you have subordinated yourself to their authority and received an injection— regardless of what was in it.

Despite extremely strict lockdowns, and even closing the border to its own citizens, Australia still can’t seem to contain Covid-19.

Amid another outbreak, the Chief Health Officer of New South Wales, Australia’s most populous state, said that shunning your neighbors is the next step.

“Whilst it’s human nature to engage in conversation with others — to be friendly — unfortunately this is not the time to do that.

“So even if you run into your next-door neighbor in the shopping center … don’t start up a conversation. Now is the time for minimizing your interactions with others.

“Even if you’ve got a mask, do not think that affords total protection. We want to be absolutely sure that as we go about our daily lives we do not come into contact with anyone else that would pose a risk.”

Shun your neighbors, they are dirty disease carriers.

And definitely DO NOT talk to them about Australia’s descent into an authoritarian Orwellian dystopia.

Most US Overdose Deaths EVER in 2020

The CDC has released data that shows 93,331 drug overdose deaths occurred in 2020.

Overdose deaths were already an epidemic BEFORE Covid. But then the lockdowns really accelerated mental health issues, resulting in a surge of deaths.

Remember that victims of drug overdoses generally skew younger; the largest age group of opiod overdoses, for example, is people aged 25-34, who have an extremely low probability of dying of COVID according to CDC data.

So when you start tallying up the deaths from drugs, suicide, delayed medical procedures, etc., a rational public health official might question the costs versus the benefits of their policies.

It’s “Violent” to Send Someone a Book That Offends Them

Every two months, the American Booksellers Association sends a ‘white box’ to many of its member booksellers.

I know what you’re thinking— even calling it a ‘white box’ is already bad. But stick with me.

The white box usually contains advanced copies of upcoming books, or other books that are selling well and that members might consider putting on their shelves.

This month, the ABA included the book, Irreversible Damage: The Transgender Craze Seducing Our Daughters, in its white box.

The book profiles trans people who regretted their decisions to transition, and many of the opinions that the author expresses are considered controversial.

That said, the book is a best-seller. And the American Booksellers Association’s primary mission is to “ensure the success and profitability of independently owned book retailers”.

So promoting a best-selling book to your association members who, you know, sell books, doesn’t seem like such a bad idea.

One retailer who self-describes as “queer butch” saw the book and was instantly offended: “it really caught me in the gut.”

The Twitter mob was instantly rallied in collective outrage against the American Booksellers Association. And thus began the groveling self-flagellation.

The Association tweeted back: “This is a serious, violent incident that goes against ABA’s ends policies, values, and everything we believe and support. It is inexcusable.”

That’s right, sending a best-selling book to someone that’s in the business of selling books is now considered a violent incident. How much longer until it becomes a punishable hate crime?

Pelosi Made Vast Millions Trading on Companies She Regulates

And most of that has come from trading big tech stocks based in Silicon Valley— a stone’s throw from the district she represents in San Francisco.

For example, her husband, Paul Pelosi, made $5.3 million exercising options on Alphabet (Google’s parent company) stock a week before the House Judiciary Committee advanced half a dozen antitrust bills aimed at Google and other big tech companies.

In other words, Nancy Pelosi is regulating the companies she and her husband trade stocks in. That means she knows the timing of legislation that will affect the stock price.

She has also had private calls with the CEO of Apple, Tim Cook. Apple was Pelosi’s most traded stock over the last two years, accounting for over 17% of trading volume.

One post showed photos from Xinjiang, the region of China where Uyghur ethnic minorities are held by the Chinese government in reeducation camps.

The post linked backed to the photographer Patrick Whack’s Instagram, which mentioned the mass detentions and human rights abuses. And this caused an outcry among Chinese Instagram users.

“Kodak’s Instagram page… is not intended to be a platform for political commentary. The views expressed by Mr. Wack do not represent those of Kodak and are not endorsed by Kodak. We apologize for any misunderstanding or offense the post may have caused.”

Sorry China! We apologize for drawing attention to your concentration camps!