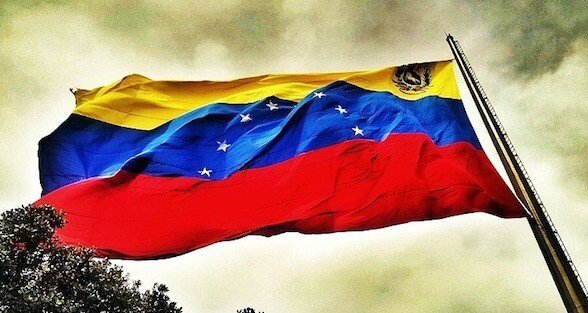 It’s been a few months since I’ve traveled to Medellin– I have a number of investments and business interests in this region, and I like to check in on them from time to time.

Plus, Medellin is a wonderful city. You don’t have to twist my arm too hard to visit here.

If I weren’t living in Chile (which is also really, really great), Medellin would definitely be on my short list of places to live.

The weather here is fantastic with its eternal spring temperatures. The city is stupendously cheap, from food to real estate to local labor. And expats can enjoy a really fulfilling social life here.

But one of the major difference I’ve noticed on this trip is the sudden influx of Venezuelan migrants. They’re everywhere.

Colombia is dealing with a massive refugee crisis, with more than 600,000 Venezuelans pouring across the borders.

Most of them are relatively poor and uneducated, so I’m seeing a lot of them on the streets. It was the same in Cartagena earlier this week.

Last night I met one Venezuelan man named Alejandro who moved here about a year ago.

Back home in Venezuela, Alejandro was quite successful. He owned a prominent business and enjoyed all the benefits of his hard work.

He had a beautiful, luxurious home in one of the finest neighborhoods of Caracas. He had plenty of savings in the bank, and a substantial nest-egg set aside for his retirement.

He even had a few toys– some nice cars, a small boat, etc.

The government took everything from him– his business, his land, his savings… either through direct confiscation or through hyperinflation.

Alejandro didn’t see it coming. And he didn’t have a Plan B.

And when that country went to hell in a hand-basket, Alejandro lost everything.

Now he works as a personal trainer in one of the local gyms.

This is a common mistake that a lot of people make.

But these things rarely last forever.

When times are good… when optimism is at its peak… that’s PRECISELY the time to be thinking about a Plan B.

It means that you’re rational. That you know there are very few things in the world that last forever.

One simple approach to developing a Plan B for yourself: Don’t keep all of your eggs in one basket.

If you hold your savings, own your business, own your real estate, own your investments, etc. all within the same country of your citizenship and residency, you are taking on a lot of risk.

One wrong move– whether it’s political instability, economic crisis, or even just a nasty lawsuit, and all of those assets can go up in smoke.

The world is a big place with plenty of options.

There are safe, credible, stable places with rock-solid banks which might also provide a good home for at least a portion of your savings.

There are fantastic investments that you can make OUTSIDE of your home country that are just as lucrative (if not even more so) than where you’re currently investing.

It’s 2018. We’re not living in the Middle Ages anymore. We have the entire world at our fingertips, and accessing the abundance of opportunity (and safety) out there is easier than ever.

Don’t commit the mistake of believing that the good times last forever.