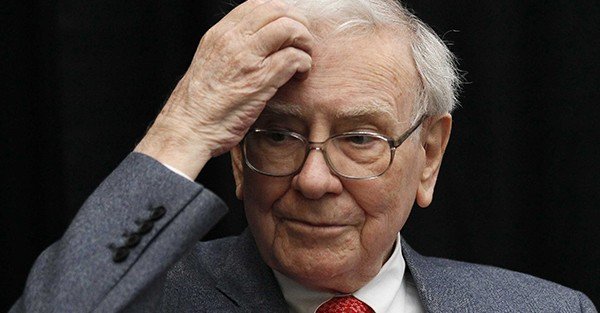 For more than five centuries, the Assyrian empire was the wealthiest, strongest superpower in the world.

If you could go back thousands of years during the reign of Ashurbanipal and suggested even the possibility that the Assyrian Empire would decline (let alone cease to exist) you would have probably been executed.

The mere thought was heresy.

Of course, once empires reach their apogees they always assume that they’re entitled to the top spot forever.

But the historical record is filled with former superpowers who fall victim to their own narcissism. And yet the pattern continues to repeat.

Today is no different. The political and financial establishment in the Land of the Free refuses to acknowledge the obvious data evidencing America’s decline in wealth and power.

One of those members of the establishment is Warren Buffett, America’s self-appointed Minister of Economic Good Cheer.

And that’s certainly great– there are a lot of reasons to be optimistic.

But to anchor one’s optimism in this absurd notion of “once a superpower, always a superpower” is absolutely nuts.

In his annual report to shareholders released just a few days ago, Buffett makes an almost biblical proclamation that “America’s social security promises will be honored and perhaps made more generous.”

So let it be written.

Fact is, Social Security’s own annual report states that its shortfall is at least $42 trillion.

This liability is staggering.

To put the number in context, even if Buffet gave the entirety of his $66 billion fortune to Social Security, he would only be able to plug the gap for a whopping 43 days.

This system is beyond repair. And to presume that all of Social Security’s promises can be honored is simply insane.

As I wrote last week, the US government released its own financial statements just a few days before Buffett.

Not only did Uncle Sam post an even greater level of insolvency than the year before at MINUS $18.2 trillion, but the government even received a failing grade from its auditors.

If America were a private company, Buffett would have sold it long ago. And he certainly wouldn’t be encouraging others to buy it.

But that that’s exactly what he does every year.

In this year’s report, Buffet tells us that it’s been a mistake for 240 years to bet against America.

It’s what responsible adults SHOULD be doing.

Sure, it may have been a mistake to bet against America for 240 years.

But it’s been an even bigger mistake to bet against history for more than 5,000.