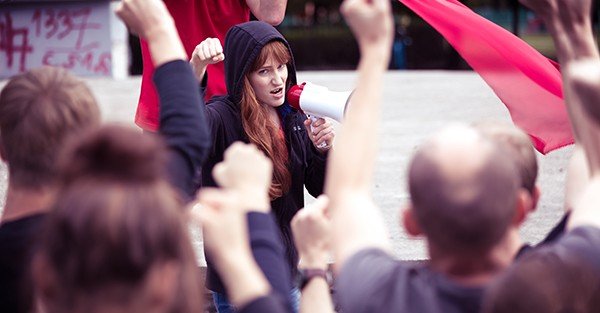 Two months ago I was with the former President of Colombia, Alvaro Uribe, at his home outside of Medellin.

He was telling me some hilarious stories about his interactions in the early 2000s with Hugo Chavez, who had recently seized power in Venezuela.

Chavez was a fanatic socialist. He believed so strongly in the idea of redistributing wealth from rich to poor.

Yet even when it was clear his policies weren’t working and Venezuela was rapidly sliding into economic chaos, Chavez’s only solution was to double down and redistribute even MORE wealth.

It was the classic definition of insanity.

Chavez failed to understand what Uribe told me so succinctly: “If there’s no wealth creation, there’s nothing left to redistribute.”

We know how Venezuela turned out; its failed socialist experiment led to today’s infamous shortages of food and toilet paper.

But here in Russia is perhaps the most famous example in our modern times.

Marxists came to power in a bloody 1917 revolution with the goal of eradicating poverty and redistributing wealth.

Yet like Venezuela, the only equality the Soviet Union managed to achieve was making everyone equally poor to the point that this vast wasteland of destitution finally collapsed in the late 1980s.

These economic disasters almost invariably start with a rising gap in wealth and income– a growing percentage of the population feeling left behind who rally behind someone promising to “spread the wealth around.”

As Historian Will Durant wrote in his incredible 1969 book Lessons from History:

“The concentration [of wealth] may reach a point where the strength of number in the many poor rivals the strength of ability in the few rich. . . which history has diversely met by legislation redistributing wealth or by revolution distributing poverty.”

This is exactly what’s happening in the West now.

The statistics are obvious: the wealth gap is bigger than it’s been since the Great Depression.

Middle class wages, when adjusted for inflation, are stagnant.

2015 was the first time in years that the average wage increase in the United States actually surpassed the rate of inflation.

But on a longer timeline, household incomes haven’t kept pace with either productivity or the cost of living.

We can see the effects of this anecdotally.

Thomas Piketty’s 2013 book Capital in the Twenty-First Century, which criticized such inequality and advocated a global wealth tax, was an explosive best-seller.

A 2011 Pew Research Center poll showed that 49% of US respondents had a favorable view of socialism.

And of course, Bernie Sanders made wealth and income inequality major issues in his presidential campaign, resonating with tens of millions of people.

On the way over to Russia I was reading an article in Newsweek about Uber, the ride-sharing pioneer that is currently worth around $70 billion.

The author was upset because the company’s stock isn’t publicly traded like Apple or Facebook, meaning he’s not able to own any Uber shares for himself.

He complains that the founders of these tech companies have been “actively deciding to keep as much for [themselves] as possible and shut out the rest of the populace by avoiding public stock offerings.”

According to the author, we’re apparently all entitled to our “fair share” of other people’s businesses and private property.

He’s not alone– there’s a growing chorus of politicians beating up on Uber, evidenced by Elizabeth Warren’s statement in March 2016 that “all the benefits [of Uber and related “shared-economy” companies] are floating to the top 10%.”

So if anything, investors’ capital ends up in the pockets of the hundreds of thousands of drivers who use the app to generate extra income.

In reality Uber constitutes an enormous transfer of wealth from investors to workers and consumers. So her comment was totally wrong.

But what was more amazing was that she was complaining about how it benefits the top TEN percent.

When will they start complaining about the top 20%? Or those evil people in the top 55%, i.e. the percentage of households that actually pay US federal income tax.

Wealth and income inequality is real, and the gap is growing. So is the consequent rise of socialism.

People know they’re getting screwed. And they are. They just don’t know why.

They have no idea how central bankers who conjure money out of thin air have rigged the entire economy against them.

So instead they blame “capitalism” and naturally embrace its opposite.

Seven centuries ago when Europe was just a plague-infested backwater, glimmerings of economic freedom began to appear on the continent.

The West adopted core values, like the sacrosanct protection of private property; the ability for an individual to work hard and build wealth; and spirited intellectual debate.

This is how western civilization became the most prosperous that history has ever known.

But this is all changing.

Being wealthy used to be a virtue worthy of widespread aspiration.

Now it’s increasingly considered “hate speech” that must be banished from university campuses and their infantile ‘safe spaces’.

And the entire west, it seems, is moving towards an ever-expanding, fiscally unsustainable welfare state that creates swelling masses of dependents.

This is a complete breakdown of western values, and that has serious consequences.

It’s incredible how rapidly this trend has unfolded– it’s a very steep line from the economic chaos of the 2008 financial crisis to where we are today.

And given the speed of this pro-socialist trend, just think about where it’s going to be in a few more years.

More than likely, it will progress straight into your wallet.