Why Albert Einstein thought we were all insane 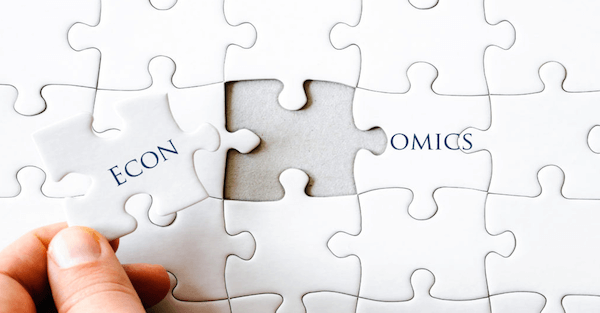 In the early summer of 1914, Albert Einstein was about to start a prestigious new job as Director of the Kaiser Wilhelm Institute for Physics.

The position was a big deal for the 35-year old Einstein– confirmation that he was one of the leading scientific minds in the world. And he was excited about what he would be able to achieve there.

But within weeks of Einstein’s arrival, the German government canceled plans for the Institute; World War I had broken out, and all of Europe was gearing up for one of the bloodiest conflicts in human history.

The impact of the Great War was immeasurable.

It cost the lives of 10 million people. It bankrupted entire nations.

The war ripped two major European powers off the map– the Austro Hungarian Empire, and the Ottoman Empire– and deposited them in the garbage can of history.

Austria-Hungary in particular boasted the second largest land mass in Europe, the third highest population, and one of the biggest economies. Plus it was a leading manufacturer of high-tech machinery.

Yet by the end of the war it would no longer exist.

World War I also played a major role in the emergence of communism in Russia through the 1917 Bolshevik revolution.

Plus it was also a critical factor in the astonishing rise of the Nazi party in Germany.

Without the Great War, Adolf Hitler would have been an obscure Austrian vagabond, and our world would be an entirely different place.

One of the most bizarre things about World War I was how predictable it was.

Tensions had been building in Europe for years, and the threat of war was deemed so likely that most major governments invested heavily in detailed war plans.

The most famous was Germany’s “Schlieffen Plan”, a military offensive strategy named after its architect, Count Alfred von Schlieffen.

To describe the Schlieffen Plan as “comprehensive” is a massive understatement.

As AJP describes in his book War by Timetable, the Schlieffen Plan called for rapidly moving hundreds of thousands of soldiers to the front lines, plus food, equipment, horses, munitions, and other critical supplies, all in a matter of DAYS.

Tens of thousands of trains were criss-crossing Europe during the mobilization, and as you can imagine, all the trains had to run precisely on time.

A train that was even a minute early or a minute late would cause a chain reaction to the rest of the plan, affecting the time tables of other trains and other troop movements.

In short, there was no room for error.

In many respects the Schlieffen Plan is still with us to this day– not with regards to war, but for monetary policy.

Like the German General Staff more than a century ago, modern central bankers concoct the most complicated, elaborate plans to engineer economic victory.

Their success depends on being able to precisely control the [sometimes irrational] behavior of hundreds of millions of consumers, millions of businesses, dozens of foreign nations, and trillions of dollars of capital.

And just like the obtusely complex war plans from 1914, central bank policy requires that all the trains run on time. There is no room for error.

This is nuts. Economies are comprised of billions of moving pieces that are beyond anyone’s control and often have competing interests.

Yet low interest rates are severely punishing for savers, retirees, and pension funds (including Social Security) because they’re unable to generate a sufficient rate of return to meet their needs.

Low interest rates are great for capital intensive businesses that need to borrow money. But they also create dangerous asset bubbles and can eventually cause a painful rise in inflation.

Raise interest rates too high, however, and it could bankrupt debtors and throw the economy into a tailspin.

Like I said, there’s no room for error– they have to find the perfect balance between growth and inflation.

“It becomes more and more difficult to balance those things as time goes on. . . It may not be a problem in the next year or two, but the risk of not getting it right increases with time.”

Today there’s a changing of the guard at the Federal Reserve– Janet Yellen is leaving her post as chair, and she’s being succeeded by Jerome Powell.

Yellen leaves her post having brought down the unemployment rate in the United States to 4.2%, which certainly sounds nice.

Yet at the same time, workers’ wages (when adjusted for inflation) have hardly budged under her tenure.

Americans’ savings rate has been cut in half. Consumer debt and student loans are at all-time highs.

And dangerous asset bubbles have expanded, from stocks to bonds to property.

The risk of them getting it wrong is clearly growing.

That’s why having your own Plan B is so important.

It’s a simple concept: don’t keep all of your eggs in one basket, especially when the people who control the basket have such a tiny margin of error.

The right Plan B makes sense no matter what happens, or doesn’t happen, next. If they get it right, you won’t be worse off. But if they get it wrong, you’ll still prosper.

I truly hope they don’t get it wrong.

But if they ever do, people may finally look back and wonder how we could have been so foolish to hand total control of our economy over to an unelected committee of bureaucrats with a mediocre track record… and then expect them to get it right forever.

It’s pretty insane when you think about it.

As Einstein quipped at the height of World War I in 1917, “What a pity we don’t live on Mars so that we could observe the futile activities of human beings only through a telescope. . .”