Why the IMF’s “historic” decision about China is irrelevant… and hilarious! 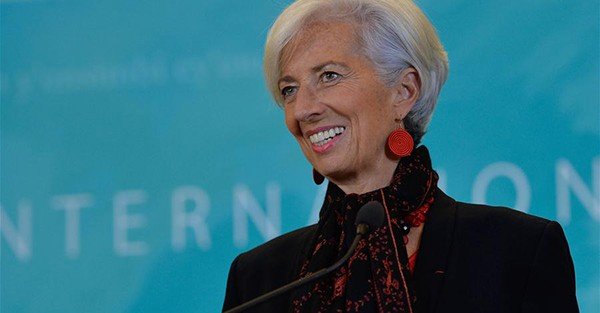 They called it a “historic moment in international finance”.

And so with great fanfare, the International Monetary Fund (IMF) announced yesterday that they would be including China’s renminbi in the basket of currencies that comprise their institutional monetary unit, the SDR.

The IMF invented the SDR back in 1969 to be used as a foreign exchange reserve held by governments and central banks.

Now, the SDR is nothing fancy. It’s really only something that economists and central bankers fawn over, with no real impact on anyone else.

Even the IMF considers the SDR’s role in international financial markets to be “insignificant”.

But that’s not all that makes the IMFs decision completely irrelevant.

For starters, just look at how they reconfigured the percentage weights of other currencies in the SDR basket to make room for the renminbi.

Conspicuously absent from this list of demotions is the United States dollar, which maintains a rock-solid 42% weighting.

In doing this, the IMF proves itself to be nothing more than a lapdog of the US.

More importantly, who cares about the SDR?

The market has already been rapidly adopting the renminbi for years.

It is today already the fourth most widely used currency in all international payments. And the renminbi ranks second for global issuances in letters of credit.

This means that for international trade, especially in Asia, renminbi use is exploding.

Everyone is on board this train. Everyone except the United States.

The US dollar has been the dominant reserve currency since the end of WWII, on terms that were dictated by the US government practically by gunpoint.

And in the decades since, they have continually and viciously abused this privilege, violating the trust of the rest of the world.

It’s no wonder why there is now so much demand for an alternative.

This has happened so many times throughout history. Dominant reserve currencies come and go.

A thousand years ago, the Byzantine solidus was the dominant reserve currency in the world. But people lost confidence in it after the solidus was continually debased.

So they sought an alternative in the Venetian gold ducat. This has happened again and again.

A reserve currency is like a language. People around the world, from Bali to Bangladesh, learn English, simply because so many other people use it.

At this point in time, English is widely accepted as the common international language.

But that too is not permanent.

Greek at one point was the dominant language. Then Latin. Eventually French. And now English.

Just as it is now becoming more commonplace to learn Chinese, so too is it becoming commonplace for banks, investment funds, governments, and central banks to transact in renminbi.

And even the Brits and the Canadians are vying to be major international renminbi clearing centers.

This is absolutely happening, and the dollars days of denominating the global financial system are dwindling.

It is foolish to believe that the US dollar is going to last indefinitely.

What’s really interesting, though, is that China is also in bad shape.

They have a looming debt problem, credit crisis, and a financial morass that could turn into a major depression.

So while the dollar may be in its twilight, the real change we’ll see is the financial system itself.

Today, unelected bureaucrats and central bankers conjure money out of thin air and manipulate asset prices in their sole discretion.

OK, maybe three centuries years ago when most of the world was illiterate and few people traveled more than ten miles from their homes, this might have been an understandable way to set up a financial system.

But today? Give me a break.

This system is so outdated that the head of the IMF might as well have gone to her press conference by horse and buggy.

All the technology already exists to make the overlords of our financial system totally irrelevant.

And what’s even more exciting is that they know it.

The Bank for International Settlements, which can be thought of as the central bank of central banks, released a report last week saying that cryptocurrencies and emerging financial technologies essentially make them an endangered species.

This system is changing.

You can either have a front-row seat to enjoy the show and benefit from these developments, or you can choose to do nothing and become another victim of history.

But make no mistake, it’s happening. And looking back, it’s going to seem obvious.