Why this place is becoming the new Switzerland 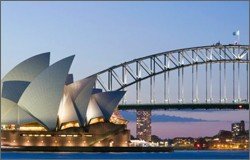 Switzerland is the place that has traditionally stood above all the rest in its reputation for financial stability.

Why? Because the currency was well-managed, the banking system was sound, and the country had a long tradition of treating capital well.

Over the last few years, however, these advantages have collapsed.

Switzerland has voluntarily surrendered banking privacy, and the many Swiss banks are now hemorrhaging cash.

Even worse, the Swiss government destroyed its reputation for respecting capital when they pegged the Swiss franc to the euro in 2011 to arrest the franc’s rapid rise.

The country’s top central banker at the time, Philipp Hildebrand, claimed that he would buy foreign currencies in ‘unlimited quantities’ to defend the peg.

This is not something a responsible steward of currency should ever say. The currency peg was nothing more than a form of capital controls… and it effectively screwed anyone that had trusted the Swiss system with their savings.

Since then, the market’s need to find a financial safe haven has only become more desperate. One only needs to look at Cyprus to see why.

Yet just a small handful of countries inspire confidence in the marketplace. And the most popular seems to be Australia.

From a macro perspective, Australia is in much better shape than the rest of the bankrupt western hierarchy.

Though the national budget deficit has been rising over the last few years, Australia’s public debt as a percentage of GDP (less than 30%) is a tiny fraction of the US, France, Italy, etc.

Moreover, as the Australian economy is heavily dependent on resource exports, it’s a ‘commodity currency’, much like Canada. But unlike Canada which is wed to the US, Australia’s economy is much more closely tied to Asia’s growing dominance.

Perhaps most importantly, though, Australia is not printing money with wanton abandon like the rest of the world.

In fact, the RBA’s (Australia’s central bank) balance sheet has actually been -decreasing-, dropping from A$131 billion to just A$81 billion in 2012.

This constitutes a 38% decline in central bank assets in five years. By comparison, US Federal Reserve credit has grown 367% over the same period. This is an astonishing difference.

Plus, Australian interest rates here are typically much higher than in the US, Europe, or Canada. Just holding cash in an Australian bank account can yield over 4% in annual interest. It’s sad to say, but this is quite a bit these days…

(Attendees at our Offshore Tactics Workshop were able to open such accounts on the spot with an Australian bank representative; we’ll soon send out information about how you can do this as well…)

Now, there’s really no such thing as a “good” fiat currency. But given such fundamentals, it’s easy to see why Australia is replacing Switzerland as a global safe haven.

I’ve spent the last few days with some banker friends of mine, and they’ve been telling me about the surge of foreign capital coming into Australia from Europe, the US, and China.

But one thing to keep in mind, they reminded me, is that the Australian dollar has a loose correlation with the price of gold. After all, gold is Australia’s third biggest export.

Consequently, we’ll likely see a decline in the Aussie dollar if the gold correction continues to play out. This may prove to be a good entry point for individuals to get their money out of the US dollar.