Wisdom from Steve Jobs on the coming system reset 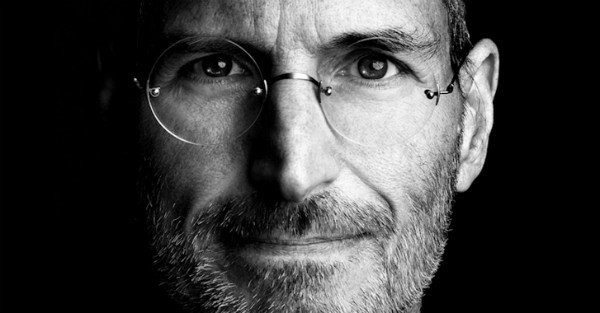 Steve Jobs used to tell a very inspiring story about an article he read in Scientific American when he was a boy:

He said that the article measured the ‘efficiency of locomotion’ of various species– essentially how many calories different animals spend getting from Point A to Point B.

The most efficient of all? Not human beings. Not by a long shot. It was the condor. The condor expended the least amount of energy per meter or kilometer traveled. Human beings were pretty far down the list.

But as Jobs recounts, the authors had the foresight to also test the efficiency of a human being on a bicycle. And this absolutely blew all the other species away.

Jobs later said that this was incredibly influential on his thinking because he realized that human beings were fundamentally tool creators. We take our situation, however grim or rudimentary, and we make it better.

There’s undoubtedly a lot of bad news in the world these days. Some people realize it. Others refuse to believe it and stick their heads in the sand.

Our century-old monetary system is unraveling before our very eyes.

This absurd structure in which we award a tiny central banking elite with the dictatorial power to control the money supply in their sole discretion is now drowning the world in paper currency.

ALL financial markets are manipulated by central banks, predominantly the Federal Reserve. One woman– Janet Yellen– has the power to affect the prices of nearly everything on the planet, from the wholesale price of coffee in Colombia to the cost of a luxury flat in Hong Kong.

Moreover, politicians in some of the most ‘advanced’ economies in the world (Japan, the US, France, the UK, etc.) have accumulated so much debt that they have to borrow money just to pay interest on the money they have already borrowed.

They have indebted generations who will not even be born for decades.

They wage endless, costly wars. They spy on their citizens. They tell people what they can and cannot put in their bodies. They confiscate private property and wages at the point of a gun.

They abuse the population with legions of heavily armed government agents. They conjure so many codes, rules, regulations, laws, and executive orders that it becomes nearly impossible for an individual to exist without being guilty of some innocuous, victimless crime.

And they arrogantly masquerade the entire ruse as a free society.

This system is on the way out. It will reset.

Like feudalism before, our system will go the way of the historical dust bin. And future historians will look back (just as we view feudalism) and say “why did they put up with that nonsense…?

This reset is nothing to fear. Human beings are incredible creatures who have a long-term track record of growth. We rise. We progress.