Wish you’d jumped on the China boom 20 years ago? Here’s your second chance in Vietnam. 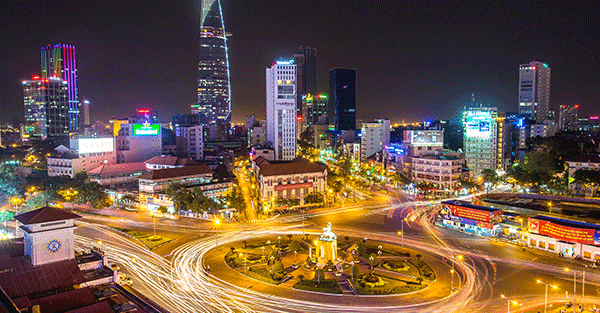 As Europe burns, Puerto Rico sinks, and China violently gyrates, it’s nice to know there are still some exciting bright spots of growth in the world.

Vietnam is certainly one of them.

The first thing you should know about Vietnam is that it’s a really wonderful place to spend time.

I’ve always loved it here. The food is one of the best parts, heavily influenced by the French occupation of Indochina. It’s incredible.

Hanoi is one of the most picturesque capitals in Asia, with gorgeous French colonial architecture and a plethora of manicured lakes throughout the city.

And the nearby coastline is also one of the most breathtaking in the world; it looks like something out of Avatar.

But what’s really interesting about Vietnam is the growth potential here.

As China transitions into being a more developed economy, they’re no longer able to be the world’s cheapest manufacturers of lower-end products anymore.

Many of the cheaper goods that China used to produce like clothing are now being manufactured here (or in Cambodia).

And that’s the reason I’m here; we’re in talks to acquire an Australian-based business, and I am considering Vietnam as a potential location for the CEO to move the manufacturing operations.

Manufacturing is cheap here due to the low costs and plentiful workforce; there are over 90 million people in Vietnam, and the population is one of the youngest in Asia.

That’s pretty significant given that the life-expectancy here is higher than any developing nation on the continent.

This is a strong sign of future economic growth. Because as young populations age, their disposable income tends to rise. That boosts living standards dramatically.

You can see that already happening here; Vietnam is in what I call its ‘motorbike phase.’ I’ll explain–

If you visit incredibly poor countries across Africa, for example, you’ll see most people walking to get from point A to point B. Or if they’re really lucky, they have access to a bicycle.

But as an economy progresses and grows wealthier, transportation is one of the first things people upgrade.

So then comes the motorbike phase.

That’s where Vietnam is now. Tens of millions of people have swapped their bicycles for motorbikes. And you can see it everywhere.

The next stage in development is the small car phase; this is what we’re seeing in China, which has now become world’s #1 automobile market.

Then you have the big SUV and sports car phase, as we see in developed nations like the United States.

Finally, it all comes full circle in the end, with developed countries like Denmark and the Netherlands going back to walking and bicycles. Though this time it’s by choice, not out of poverty.

Vietnam is eager to keep moving up. And the government recently passed some incredibly favorable laws to provide incentives for foreign investors to come here.

Foreigners, for example, can now own and control Vietnamese companies. This is a huge benefit which promises to be a major economic boon in coming years.

Yet despite all of this potential, the Vietnamese stock market is quite cheap.

Some of the largest companies in Vietnam trade at single-digit P/E ratios, and far less than their book value. Yet they’re profitable and often pay dividends in the 4% to 6% range.

I highly doubt that’s going to last. But for now Vietnam is an overlooked oasis, just like Colombia and some of our other favorites.

So if you missed the China boom, don’t let Vietnam pass you by. It’s a place that should definitely be on your radar.