You need to be in front of this trend 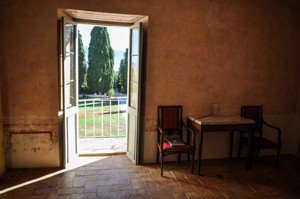 One of the really great things about being in Italy is that this whole country serves as a constant reminder that wealth and power in the world are constantly shifting.

Two thousand years ago, Italy (Rome specifically) was the pinnacle of civilization, at the forefront of medicine, art, technology, commerce, and military tactics.

You can still see so much of this today; Italy is full of monuments and ancient public works that are still in amazing condition to this day. They put so much care and attention into their craftsmanship, they clearly designed to very high standards and built everything to last.

Everything, of course, except for their political and economic system.

In its later Empire years, totalitarian control of everything– the military, finances, money supply, commercial code, etc. fell to a very tiny elite… in most cases, one man.

And as one Emperor after another bankrupted the treasury through foreign wars, palatial opulence, and unaffordable social welfare programs, Rome gradually changed for the worse.

Desperate to keep the party going, later Emperors debased the currency to the point of hyperinflation. They imposed wage and price controls under penalty of death. They raised taxes so punitively that people simply quit working altogether.

With each successive emperor, Romans would foolishly believe that the ‘new guy will be different’ and that things would improve. Of course, apart from the occasional sage, Rome’s political leadership became more destructive.

By the time foreign barbarians began invading Italian territory, Roman citizens were so fed up that many of them welcomed the marauding hordes with open arms.

What was left of Rome officially fell in 476. But by that time, wealth and power had already shifted.

For more than 1,000 years, other kingdoms and empires assumed the role of the world’s economic and political superpower– from China’s Tang Dynasty to the Mongolians to the Ottoman Empire.

Eventually, though, wealth and power shifted back West… to Italy once again. Venice flourished and became the leading power center in Europe.

Its recipe for success was quite simple: at a time when the vast majority of human beings barely eked out an existence under the feudal system, Venice enshrined economic freedom.

In Venice, people who were born with absolutely nothing could become fabulously wealthy with enough hard work, risk taking, and a little bit of luck.

It sounds a bit like the American Dream… nearly 1,000 years ago.

It was under this freedom that modern banking was invented in the 12th century. Foreign exchange contracts. The bond market. All of this came from Venice.

And just as with Rome, the monuments and buildings erected during this period still stand, a testament to the strength of their civilization.

Of course, they eventually screwed it up.

In the early 1300s, the ruling elite eliminated the economic freedom that had made enriched so many people. The government also began charging exorbitant taxes and nationalizing trade routes.

Other cities in Italy– Florence, Genoa, etc. soon had their time in the sun as well. But power and wealth eventually shifted from Italy to the Habsburg Empire, then the French Bourbon monarchy, the British Empire, and ultimately to the United States.

This is a very familiar and inevitable cycle that has repeated throughout history… and at least twice in Italy. Wealth and power always shifts.

This is happening right now in the West. The US and Western Europe are getting progressively weaker– more indebted, and less free.

This isn’t something that happens overnight… it’s a long, gradual shift that has already been unfolding for decades. But it’s Venice and Rome all over again. And the current is accelerating.

Coupled with the decline of the central bank-controlled fiat system, this is likely to be the biggest story in modern history.

The warning signs are all there– it’s almost like having a time machine and being able to go back to 14th century Italy.

Imagine being able to travel back in time and arrange your business, your portfolio, and your assets, knowing exactly how things would unfold.

We have that opportunity now. And depending on how far in front of this trend you are, it could really make all the difference between being a victim, barely surviving, or building generational wealth for your family.