Waiter and Bartender jobs surge in the Land of the Free 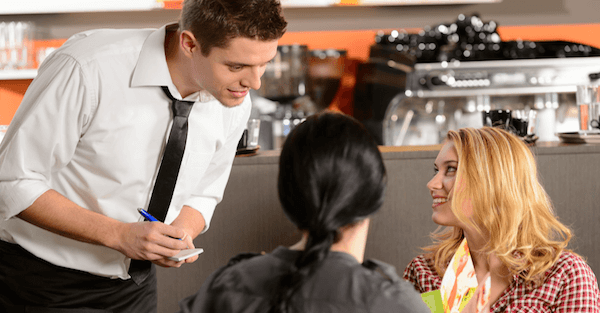 That’s certainly one way of looking at it.

The US Department of Labor released its regular jobs report this morning showing the official unemployment rate is just 4.4% in the Land of the Free.

That’s certainly a strong number; I’m sure plenty of people in Venezuela and Turkey would love to have an unemployment rate at even twice that figure.

But when you actually dive into the statistics, the optimism starts to fade a bit.

It turns out that the #1 driver of job growth in the United States is “Leisure and Hospitality”, which is how the Department of Labor categorizes food service jobs.

That basically means waiters and bartenders.

In April, for example, more waiting and bartending jobs were created than any other sector.

And in case you’re curious, the #2 driver of jobs in the Land of the Free is in the health care industry, which, is a little bit sad when you think about it.

There are so many sick people in the US… so many millions in pitiful health… that caring for these people has become the second-fastest job growth industry.

And rounding out the top 3? You guessed it– government jobs.

So basically all the grand optimism for job growth in the Land of the Free comes down to waiters and bartenders, people who take care of all the millions of sick people, and government bureaucracy.

In fact, those three sectors alone account for more new job creation than EVERY OTHER SECTOR PUT TOGETHER.

Then there’s the small issue of wages.

The Labor Department’s report shows that average wages in the US rose by about 2.5% over the last year.

That sounds pretty good too, until you consider that the Labor Department’s most recent inflation report shows that inflation increased by almost the exact same amount.

If you factor taxes into the equation, then inflation clearly exceeded any wage increase over the last year, meaning that the average American worker is worse off today than 12-months ago.

This isn’t meant to be a downer.

Again, 4.4% unemployment and a bunch of waiter and bartending jobs is certainly a nicer alternative to what our friends in Venezuela are dealing with right now.

That said, it seemed important to shine some light on the details given that there are so many ignorantly optimistic headlines about this jobs report.

Strong economies aren’t built on serving drinks. Or having to take care of so many sick people. Or government bureaucracy.

Strong economies are built on savings and production. And that growth trend is sorely lacking.